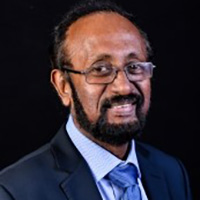 Following an undergraduate medical degree (Faculty of Medicine, University of Colombo, Sri Lanka), Professor Sumathipala obtained a Diploma In Family Medicine and a  Doctorate in Family Medicine (Post Graduate Institute of Medicine (University of Colombo, Sri Lanka). He migrated to the UK in 1992 and was re-trained as a psychiatrist at the Maudesley and Bethlem Royal Hospitals and obtained the MRCPsych and completed the specialist training as a Liaison psychiatrist.

In 1997 he founded the Institute for Research and Development in Sri Lanka (IRD -  www.ird.lk). He moved to Sri Lanka to serve as the Director of the IRD while remaining as a Hon Senior Lecturer, IoP, Kings College, London   from 2009 to 2014. Following the Tsunami he also worked as the coordinator (Psychosocial Affairs), Centre for National Operations on Tsunami in Sri Lanka.

The Institute for Research and Development he founded in Sri Lanka received a merit award for ‘excellence in multidisciplinary international collaborations’ and Professor Sumathipala received ‘outstanding leadership, from National Science Foundation in 2018. 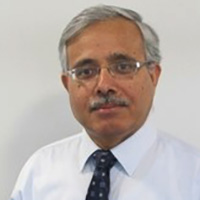 Professor Farooq is an Honorary Consultant Psychiatrist at Midlands Partnership NHS Foundation Trust and a clinician scientist with extensive research in public health mental health. He has over 170 papers in international peer reviewed scientific journals. He trained in Psychiatry both in Pakistan and UK. He led the development of academic psychiatry in Northern Pakistan where he trained a large number of psychiatrists and conducted clinical studies in a conflict afflicted area. His research interests include improving the outcomes in severe mental illness by using evidence based interventions, physical health in severe mental illness and global mental health.

Prof Farooq has international reputation for research in global and public health mental health and working with disadvantaged communities exposed to violence and trauma. He has worked in Pakistan for more than a decade and led several studies that developed and evaluated interventions for use in the humanitarian crisis and improving treatment outcomes for sever mental illness. His research is funded by Medical Research Council and the National Institute of Health Research, UK. He is currently leading a randomised controlled trial of an innovative intervention to improve treatment adherence in schizophrenia which is based on approach used Tuberculosis control worldwide. Prof Farooq is academic secretary for the West Midlands division of the Royal College of Psychiatrists, executive committee member of the academic faculty of the College and is also member of editorial boards of several peer reviewed journals. 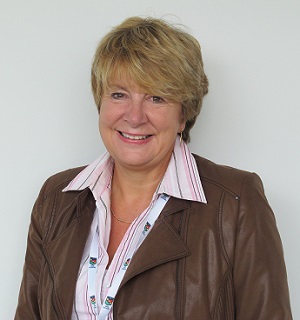 My main areas of interest and expertise include the primary care management of people with mental health problems, multiple health conditions and unexplained symptoms; and the mental health of clinicians. I have qualitative research methods expertise, drawing on theories from social sciences and psychology, but always with a focus on clinical practice – trying to answer questions that are important to patients, their families, health care professionals and the NHS.

I am Chair of RCGP ‘Research Paper of the Year’ panel and I am RCGP ‘Curriculum Advisor, Mental Health’. I am Chair of the Society of Academic Primary Care.

I am currently a member of the NICE Clinical Guideline Development Group Depression (update) and a standing member of a NICE Quality Standards Advisory Group - work which directly impacts on commissioning decisions and patient care. I am Editor-in-Chief of the journal Health Expectations. 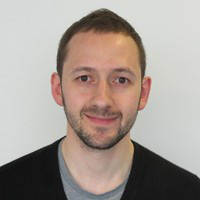 Dr Kingstone graduated from Keele in 2006 (B.Sc) with a dual honours degree in Criminology and Psychology. He stayed on at Keele to complete an M.Res in Social Science Research Methods the following year. Dr Kingstone then spent 5 years working in research roles within the public sector (Office for National Statistics), private sector, and also the voluntary sector.

Dr Kingstone returned to Keele in 2012 having been accepted for an Acorn PhD Studentship. His PhD thesis explored lived experiences of chronic pain among rural dwelling older adults to identify factors to support ageing well. He is now a post-doctoral Research Associate in Mental Health, which is a joint role between the School for Primary, Community and Social Care (Keele University) and the Research and Innovation Department (Midlands Partnership NHS Foundation Trust). He is a key member of the Mental Health Research Programme and works to deliver a joint research strategy shared between the two organisations. 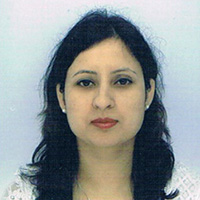 Dr Tajuria qualified as a psychotherapeutic counsellor, before completing her PhD in 2018 from Keele University in Primary care and health sciences with a thesis title: Bereavement and loss support for adults with learning disabilities: An exploratory study using Photovoice. Since the completion of her PhD, she has been working as a senior research assistant in the Academic Research team at R&I. 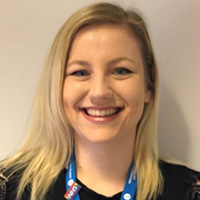 Jessica is a Senior Research Assistant in the academic department. Jessica is also Patient and Public Involvement and Engagement lead for research. Jessica graduated with a BSc Psychology Counselling and Therapies from the University of Bedfordshire in 2016 and went on to complete a MSc Psychology in Clinical Practice at Nottingham Trent University in 2017. Jessica has since worked in forensic services as psychosocial substance misuse practitioner and an assistant psychologist. Jessica’s research interest is in severe and enduring mental health difficulties, and is hoping to complete the Doctorate of Clinical Psychology in the future. Jessica is currently a senior research assistant in the academic research department at MPFT. Jessica works closely with Professor Saeed Farooq in his various areas of research, including in Global mental health issues, and treatment of schizophrenia in Low and Middle Income Countries.

Back to Mental Health Academic Group